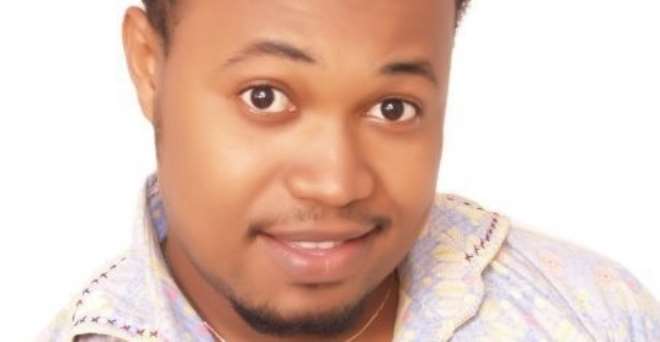 Light skin Nollywood actor, Ikem Chude, who recently turned a pastor at Sign Fireman Miracle Crusade, was spotted by Reportng reporter over the weekend.
The actor who was in the company of two other men boarded a bus from CMS, Lagos-Island to Ajah.
To the utmost surprise of the reporter, the popular actor had a struggle with other commuters before he finally got into the rickety bus heading to his destination.

Topping it all, Mr. Chude threw caution to the wind, bought sausage roll from a hawker on the road and starting munching it, right inside the bus.

The movie star, cared less of his fame and the damage such act would do to his personality.
Recall that in June 16, 2013, the actor walked down the aisle with his beautiful wife at Sign Fireman Miracle Crusade, Aguda, Surulere, Lagos.

Ikem Chude was one of the hottest dudes in movie industry three years back before he went out of the scene.

Posted by mediaceo
Labels: Gossip
Email ThisBlogThis!Share to TwitterShare to Facebook
at 03:29