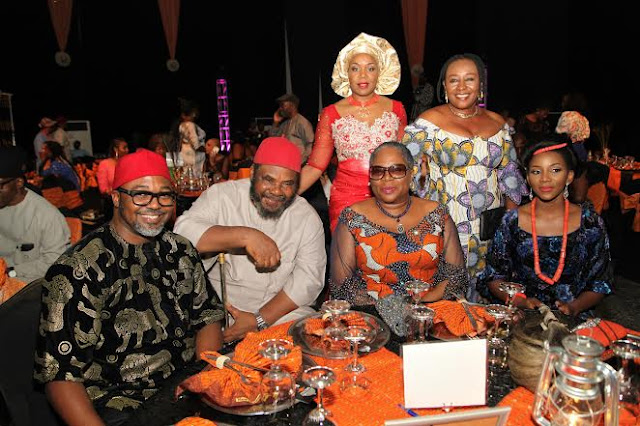 ''Before English there was Igbo. Igbo is the lost tribe of Israel'
Igbo kwenu! I always feel like crying whenever I see teachers or parents flog their children because they were speaking Igbo language. They want their children to speak English not knowing that the English they want their children to speak was borrowed from Igbo. Do you know that there are more than a thousand words in English, French, Latin, Hebrew and other languages that were borrowed from Igbo Language. Did I just hear you say ''na lie'' ? Ok. Because of space, let me only give you 25 English words stolen from Igbo language. If you need more, you can contact me.
1.       Cherubim – Borrowed from Igbo phrase ‘’chere ubim’’ which means ‘’guard my home’’

25.   Catastrophe – coined from the phrase ‘’akata asi tufia’’ meaning ‘’when mentioned the Igbos eject saliva from the mouth and say ‘tufia’ ‘’

Hope you are now convinced that before English there was Igbo and Igbo is the lost tribe of Israel. For those who don't know, Igbo is a tribe from south eastern part of Nigeria. Read more about them on Wikipedia. How una see am. Igbo Kwezuo nu!
Posted by mediaceo
Labels: Gossip
Email ThisBlogThis!Share to TwitterShare to Facebook
at 06:15