A new delicacy may have hopped on to the Nigerian menu especially in the northern part of the country as traders from across the country are queuing up to buy frogs in Kano state.
The market is at Dorawa Salau Kadawa, a village in Garun Mallam local government area of Kano state 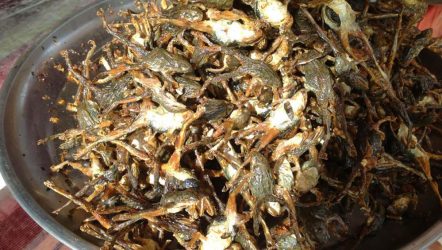 According to Premium Times Frog is a delicacy in some parts of Nigeria Although in the north, people from different parts of Nigeria visit the market to purchase frogs in large quantities to take back home. 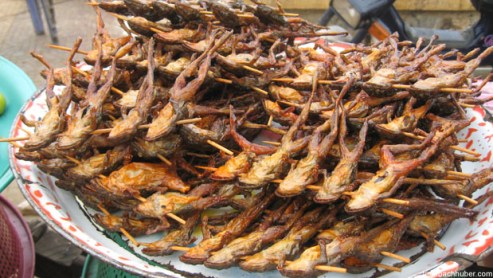 It was also gathered that the buyers have erected camps at the village and their activities have had a positive effect on the village’s economy.
However, some of the patrons spoken to said the trade in frogs is not a new line of business. One Sadikatu Ajiboye said she has been in the business for 15 years. 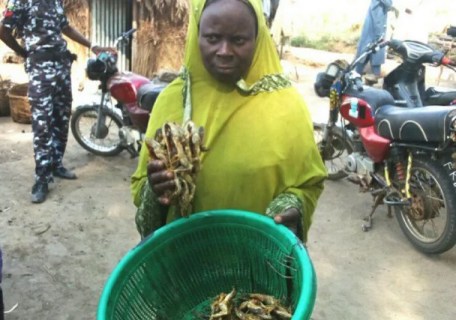 According to her, she was bringing kolanut up north to Kano, until she realized that frog meat have a greater turnover in the south.
Mrs Ajiboye has been in the business for 15 years Ajiboye, 56, said the trade in frogs earns her huge returns on a weekly basis.
She said a small carton of the reptile fetched as much as N5000, with a piece sold at N200. She distributes the delicacy across states in the South-west, South-east and South-south, adding that people even paid upfront for the frogs.
On his part, one Solomon Nwafor from Abia state said he is a hunter of frogs in the village in Kano. Nwafor said he wakes up as early as possible in the morning to hunt, and sometime late in the evening too.
Nwafor said he makes an average of N20,000 weekly in sales of the frogs. He also spoke about the relationship between the frog marketers and the villagers.
His words: “Because of the understanding that exists between us, we the frog marketers and our Hausa (hosts), our business has kept growing by the day with more people coming to purchase. Some (patrons) even export to Asia.” 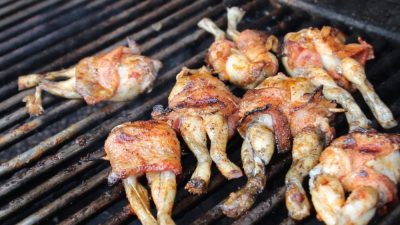 Posted by mediaceo
Labels: Gossip
Email ThisBlogThis!Share to TwitterShare to Facebook
at 05:48