Menu
Home » lifestyle » Top 6 Abnormalities That Are Normal In Nigeria

Top 6 Abnormalities That Are Normal In Nigeria 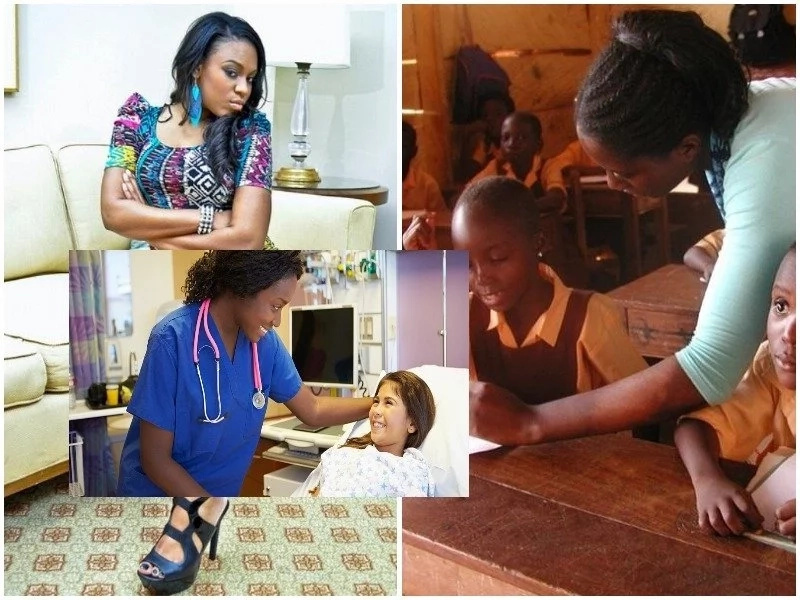 Nigeria has been variously described as the home of oddities. But the fact that these oddities are increasing by the day gives course for concern. Many expected the populace to come to terms with global best practices regarding conducts, actions and all the what not.

Let’s take a look at these oddities in ascending order of how prevailing they are.
1. TIME KEEPING
Nigerians are not known to be good time managers. Didn’t they say time is money? It seems Nigerians have not heeded this popular saying otherwise, why do you find people still adopting the practice called ‘’African time’’? Fix your event for 9am and you should not expect your invited guest until 12 noon or even 1pm. It is that bad! Big dignitaries are the major culprit of this. The ‘’little men’’ are suppose to arrive and wait for the high and might before the show kicks off. Is that fair? I always say, until Nigeria addresses the little things like time keeping, achieving our true potential would remain a mirage.
2. NO CHANGE
Those that frequent petrol filling stations would agree with me on this. Purchase fuel for the sum of N1,800 and instead getting a balance of N200, the attendant quickly says no change. Why is it so difficult to get your balance after a given purchase? The other strand of this “No Change’’ drama, is for those that patronize public transportation popularly called danfo and molues. You either split your big currency into smaller denominations or else, you remain stranded at the bus stop. The usual practice is a loud noise saying ‘’no change oh’’ What happened to good customer service? Am I supposed to look for change for the bus conductor?
3. BEATING QUEUES AND TRAFFIC LIGHT
If the question goes, how many of us are guilty of these? Honestly, many hands would go up. Go to the banks, someone would just walk into the queue, straight up he or she is at the front. Is it traffic light? This is more common especially the danfos drivers in Lagos. Car owners are not exonerated from this malady because they are always in hurry.
4. PAYING FOR JOBS
Oh yeah, ‘’wetin we no go hear for naija’’ Paying for jobs? Ask any member of your family, one or two must have fallen victim to this unscrupulous behavior especially in Government establishment. We all know what happened during the Immigration recruitment exercise nationwide early this year. It is pay for this form, buy this scratch card or pay for this recommendation letter all in the drive to reap off unsuspecting applicants. Where in the world do you pay to apply for jobs? A friend went for a job interview at Ikeja, after all the sermons and lengthy sessions. It bore down to paying #10,000 for what the so called recruitment officer referred to as License fee. Did I hear holy Moses?
5. CO-HABITATION
Agreed, this is not a Nigerian thing because in Kenya last year, the Government started paying bride price for couples so as to curb the widespread habit of co-habitation. Now back to our beloved Nigeria. But seriously if you take cognizance of the alarming rate at which couples cohabit, you would think the era of legality in marriage through the payment of bride price is gone. That is how rampant this act is! Just get pregnant and the next thing on the card is for the couple to start living as hubby and wife without the knowledge or consent of their parents. Right?
6. CORPORATE BEGGING
Yes the almighty corporate begging has suddenly become a national malaise. You see people begging at the bus stops with reckless abandon. In some cases you find the same persons playing out the same scripts all the time. ‘’Excuse me sir, I need some money to complete my fare’’. For how long will you keep completing our fare? Don’t get me wrong, they are genuine people who could be in a fix and definitely needs help. But you and I know that some Nigerians adopt this measure as a means for daily bread. Another brand of this is the series of begging among security men in corporate offices like banks. There is almost no bank you walked into without a security guard approaching you for money. You here ‘’anything for the boys’’, ‘’guy give me kola na’’, ‘’anything for the weekend’’, or giving you a hand shake unnecessarily.
Do you agree or have more experience to share?
Posted by mediaceo
Labels: lifestyle
Email ThisBlogThis!Share to TwitterShare to Facebook
at 07:54