Menu
Home » »Unlabelled » Barack Obama's Daughter, Steps Out With Panties On Her Way To Work [PHOTO]

Barack Obama's Daughter, Steps Out With Panties On Her Way To Work [PHOTO] 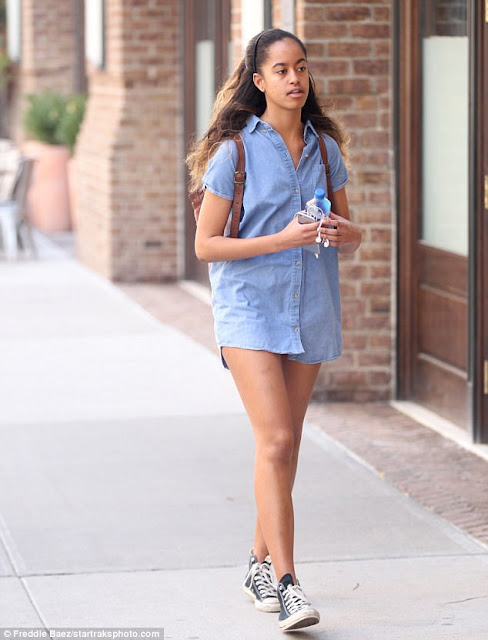 Former US First Daughter, Malia Obama was seen Tuesday heading into work at The Weinstein Company in a denim shirtdress and Chucks.
he teenager is serving her internship with famed producer Harvey Weinstein at the company in New York city. Her internship at the company will be concluded in a few weeks time. More photos after the cut.

Posted by mediaceo
Email ThisBlogThis!Share to TwitterShare to Facebook
at 06:13