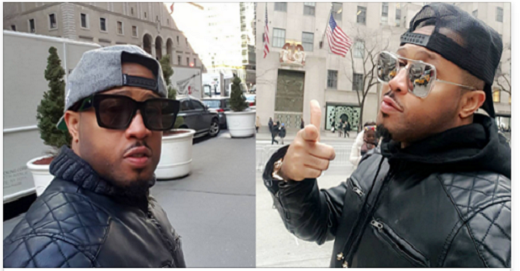 Richest Nigerian actors: Nollywood movie industry has created a lot of opportunities for many gifted actors and actresses. A lot of people
have taken these advantages to create wealth. Here are the list of Top richest Nigerian Nollywood actors or (Top Richest Nollywood Actors).This list was compiled based on their visible achievements and careers.
10. John Okafor (Mr Ibu) John Okafor (often called “Mr.Ibu”, after his most popular role) is a Nollywood actor and comedian. Okafor is considered to be one of Nigeria’s most talented comic characters. His humorous acting is often characterized by stupidity, hilarious imbecility and a sharp disconnection from reality. Nonso Diobi  He was first seen in ‘Border Line’ film, shot to publicity with his role in ‘Hatred‘. He has since featured in more than 60 movies and is an ambassador for a popular telecommunication company in Nigeria. Mike Ezuruonye is a Nigerian actor. He received two nominations for Best Actor in a Supporting Role and Best Actor in a Leading Role at the African Movie Academy Awards in 2008 and 2009.
7. Desmond Elliot Desmond Elliot started playing roles in soap operas like Everyday People, One Too Much and Saints and Sinners. He is one of Nollywood’s leading actors, having appeared in over two hundred films including Men Who Cheat, Yahoo Millionaire and Atlanta. In 2008 Elliot co-produced and co-directed the movie “Reloaded” which received 3 nominations at the African Movie Academy Awards in 2009. In 2009 and 2010, Elliot was nominated for the Best Actor category at the Nigeria Entertainment Awards. Ramsey Nouah acting career kicked off when he starred in the Nigerian TV soap opera Fortunes. Nouah has since then appeared in numerous films starring as the lead role. He has been called “Lover-Boy” for his numerous roles in romantic film. In 2010 Nouah won the African Movie Academy Award for Best Actor in a Leading Role for his performance in the Best Picture award winning film The Figurine.
5. Chinedu Ikedezie (Aki) Chinedu Ikedieze is best known for playing alongside Osita Iheme in most movies after their breakthrough in the movie Aki na Ukwa. In 2007 Ikedieze received the Lifetime Achievement Award at the African Movie Academy Awards. Osita Iheme is widely known for playing the role of ‘Pawpaw’ in the film Aki na Paw Paw. In 2007 Osita received the Lifetime Achievement Award at the African Movie Academy Awards. He is considered to be one of Nigeria’s most famous actors. In 2011, he was honored as a Member of the Order of the Federal Republic (MFR). Nkem Owoh is better known as Osuofia is one of the veterans of comedy movies in Nigeria. He acted in the 2003 film Osuofia in London. He is also known for performing the song “I Go Chop Your Dollar. Jim Iyke James Ikechukwu Esomugha, popularly known as Jim Iyke, is a Nigerian actor in Nigeria’s movie industry (popularly called Nollywood) and one of the stars of the movie Last Flight to Abuja. Richard Mofe Damijo (popularly known as RMD, is a Nigerian actor and politician. In 2005 he won the African Movie Academy Award for Best Actor in a Leading Role.In 2009 he is the Commissioner for Culture and Tourism in Delta State, Nigeria.Having featured in many movies he is one of Nigeria’s highest paid actors.

Posted by mediaceo
Labels: entertainment
Email ThisBlogThis!Share to TwitterShare to Facebook
at 07:59