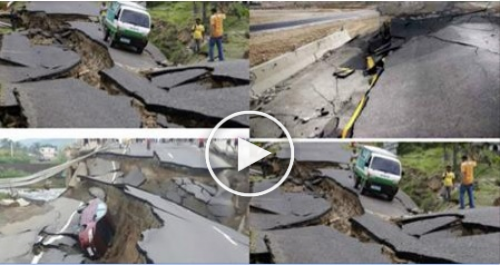 There were reports of earth tremors in Kwoi, Jaba LGA of Kaduna State last month, causing panic among residents. The state government has however appealed for calm. The government in statement signed by Samuel Aruwan, the Special Assistant to the Governor on Media and Publicity, said it had made a formal report to the appropriate authorities to investigate the development, report precisely on the event and issue appropriate guidance.
Aruwan said Governor Nasir Ahmad El-Rufai had confirmed the notification of geological and emergency agencies on the incident.


“The governor sympathises with the people in the Kwoi area over the reported earth tremors. He has directed the State Emergency Management Agency (SEMA) to mobilise to the area andcomfort our citizens. The national geological agency has also been notified, and has been invited to investigate the tremors in the Kwoi area and provide appropriate guidance,”
Posted by mediaceo
Labels: news
Email ThisBlogThis!Share to TwitterShare to Facebook
at 08:36