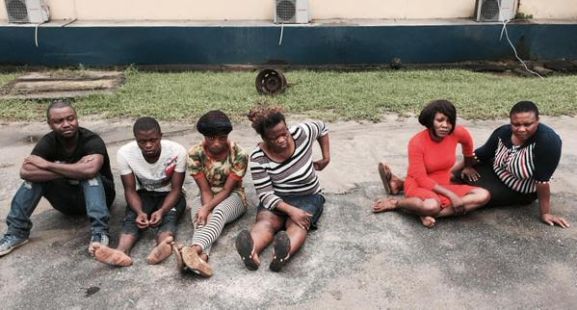 A social media user has shared a quite shocking encounter of how his Neighbor was traced and kidnapped after she updated her work Details on her Facebook Profile.
Read below:
If you handle much cash and you are on Facebook, please never include where you work on your profile.
My neighbour was kidnapped in Port Harcourt by unknown gun men. She was taken to an undisclosed location near Eleme and they demanded 100 million naira before she is released.
My neighbour is the Head of accounts/Treasurer in a particularly big Church here in port Harcourt.
When the kidnappers demanded 100 million naira, the pastor spoke with them and they reduced it to 9 million. As fate may have it, the pastor informed the police who cooked up a plan and asked the Church to drop the money as directed.

The Church and police worked hand in hand and the money was taken to their preferred location before the police arrested 2 of the gang leaders.
Upon investigation, one of them said he knew the girl from Facebook and saw her work details before she was traced and kidnapped.
She has been found and the police is searching for other gang members.


Please mind what you post on social media. Don’t post money,talk about money or your location in public. My neighbour was not killed; but she was seriously beaten.
Posted by mediaceo
Labels: lifestyle
Email ThisBlogThis!Share to TwitterShare to Facebook
at 05:09