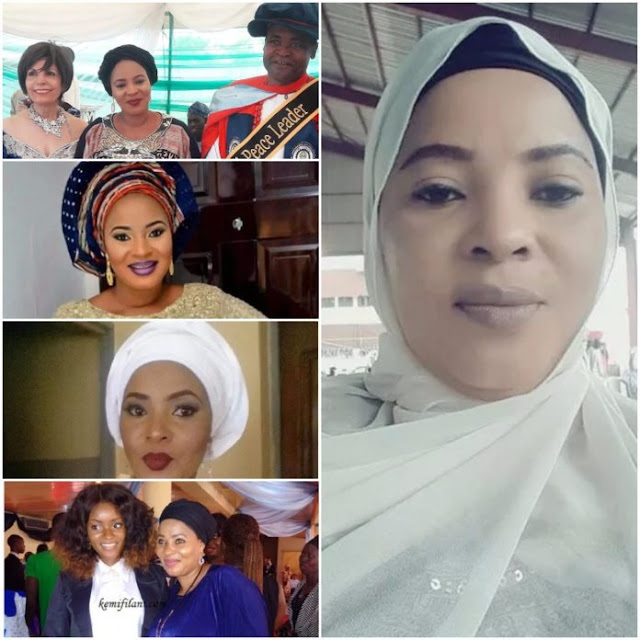 We just reported that Nollywood actress Moji Olaiya is dead, months after giving birth to her second child.
Here are a few things to about the amazing late actress Moji Olaiya:
1. She was born on February 27, 1975 and died 42 years old. Her father was high life maestro Victor Olaiya.

Late Nollywood actress Moji Olaiya.
2. She made her acting debut in the Wale Adenuga’s Super Story production.
3. She was married to Bayo Okesola in 2007 but later divorced. She has two children: Adunoluwa and 18 years later, she welcomed another child on March 17, 2017.
4. She made her indigenous movie debut in the Yoruba movie, Agunbaniro.

Moji with her first daughter, Adunoluwa.

5. In 2014, the actress successfully converted from Christianity to Islam.
6. In 2015, she was honoured by the Nigeria Police Force in Abuja for being a role model to Nigerian youths.
7. In 2016, she has been appointed as a Global Ambassador for Peace by the founders of US-based Arts4Peace Award.


May she rest in perfect peace.
Posted by mediaceo
Labels: entertainment
Email ThisBlogThis!Share to TwitterShare to Facebook
at 09:47