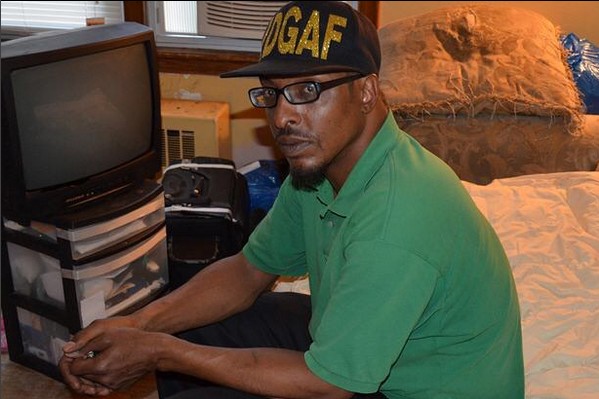 The only biological son of late boxing legend, Muhammad Ali Jnr., has cried out for financial help as he claims he is facing homelessness, a year after his father’s death.

The 45 year old who accuses other family members of allegedly stopping him getting an equal share of the boxing legend’s £62million fortune, says he has only received three “measly payments” of £2,000 in the last two months and is sleeping on a friend’s floor in Florida, just days away from living on the streets because he can’t afford to pay any rent.

Ali Jnr said an equal slice of the ­inheritance had been agreed at a meeting in California with his seven sisters, adopted brother Asaad, and the will executor – Ali’s fourth wife of 30 years, Lonnie, 59.

But his son told Daily Mirror:


“It looks like I’ve just been cut off completely. I don’t have a bank account, so they’ve had to wire money to me. It’s been a rough year. This isn’t what my dad would have wanted.

“He would have wanted me to be OK, have a place to stay, have my money. I’m going to live off water now, as that’s all I can afford. Getting food is hard, as I don’t have a cent to my name. I just find a way somehow to get food each day.”


I’ve got nowhere I call home any more

He said he has begged other family members for help. For the last 20 years, Ali Jnr says he has been ostracized by the family, having little contact with his famous father.

He lived on Chicago’s notorious gangland south side with his wife Shakira and daughters Ameera and Shakera, struggling to make ends meet cleaning people’s yards and doing odd jobs.

But his marriage fell apart just a month after his famous father died, amid accusations that he ran out on his wife. He insists she dumped him and forced him out of their marital home.

“I stayed with the marriage to see if things can work out, but I had 11 years of complete unhappiness.

I love my daughters and I would do anything in the world to be with them. You can ask anybody that know me and they would tell you Muhammad is the kindest, sweetest man they have ever known.”

Posted by mediaceo
Labels: Gossip
Email ThisBlogThis!Share to TwitterShare to Facebook
at 08:47