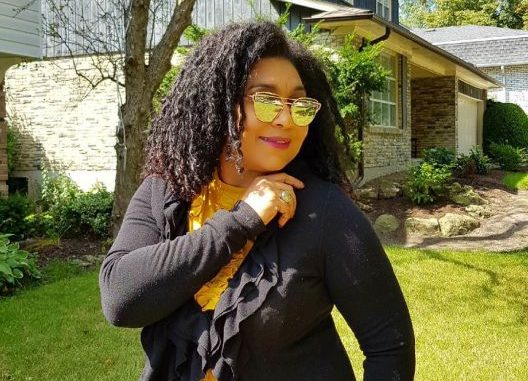 Veteran screen goddess, Hilda Dokubo during  a ministerial event at the Fresh Oil International Church has made some shocking revelations about herself.
According to the US based actress:

“I was born with a silver spoon but death turned me poverty stricken after my father died when i was just nine. I turned away from God at that point because i felt disappointed that despite how much my father loved and served God, He still died.” – Hilda Dokubo

“After my dad died, my mother completely lost her mind. If she were in U.S, am sure she would have been diagnosed as a mental case. You know in Nigeria, we don’t consider people mad until they have started eating from dustbin. I rebelled against God at that point and stopped going to church at the age of nine.”

Hilda continued revealing how she got pregnant at 16:


“However, i was a very brilliant girl and i got admission into the university at the age of 16. I became rascal and did what girls like that do. I slept with a man and i became pregnant. It wasn’t the Holy Spirit that impregnated me. My mom was devastated and disappointed in me because of that. I was angry with her because her God killed my father and we stopped speaking to each other.”

Posted by mediaceo
Labels: Gossip
Email ThisBlogThis!Share to TwitterShare to Facebook
at 09:07