Menu
Home » Gossip » Meet Man Who Drinks His Urine For Over 5 Years Because Of This Reason..

Meet Man Who Drinks His Urine For Over 5 Years Because Of This Reason.. 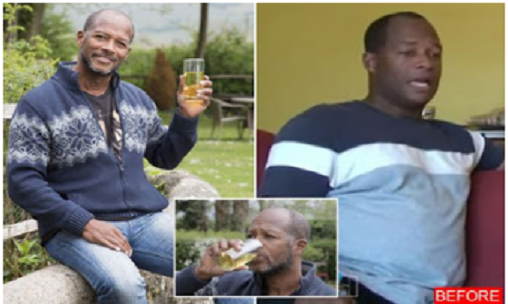 A dad of two, identified Dave Murphy lost eight stone on a diet of grapefruit, chips and his own urine. According to Murphy the unusual beverage choice is the secret behind his youthful look and has also helped cure his asthma.
He believes that the practice of urine therapy could be a means of solving the world food shortage – and slashing people’s grocery bills.

54-year-old Dave Murphy, has been drinking his own urine and even bathing with it. Most day his daily intake is one grapefruit and two glasses of his own urine
His other indulgence is a small portion of chips from his local chippy three times per week. However in 2012, Dave survive on nothing else but his urine, for thirty days.

Posted by mediaceo
Labels: Gossip
Email ThisBlogThis!Share to TwitterShare to Facebook
at 09:56