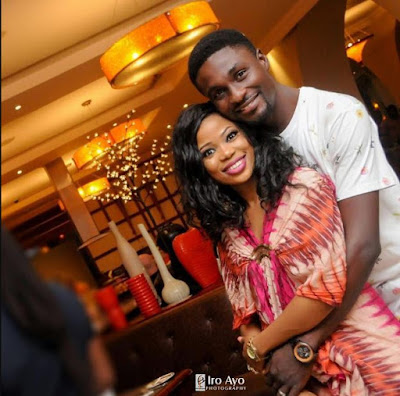 This has set tongue wagging and their followers on social media have been asking questions with majority congratulating them on ‘their wedding.’ Adeniyi and Seyi Edun have been an item since his marriage to Toyin Aimakhu crashed.

Though it was alleged both were dating while Adeniyi was married to the Alakada actress, Toyin Aimakhu, they (Seyi and Adeniyi) had always vehemently denied the claim. 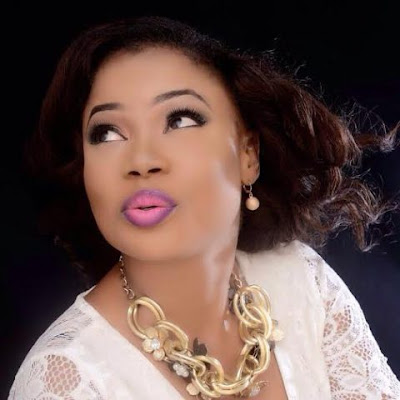 The image which saw the two embracing each other had this caption:

“Special thanks to God almighty and everyone who came to show us love and support yesterday at the movie premier … it was indeed a successful event … If I start mentioning names it will be and endless list from the mother of the day to the father of the day, our family, colleagues, marketers and friends, musicians and caterers. Event planner and designer, servers and cleaners … you guys were wonderful!!! And apology to those who we offended we have nothing to say than to say WE ARE SORRY!!! It can only get better pls take us as we are … you made the day for us … Our God will reward you abundantly … GOD BLESS YOU!!! #GODOVERALL #THANKFUL #KATAWA …. @adeniyijohnsonofficialfanpage .. We Appreciate
Seyi Edun had a film premeire in Lagos on Sunday and this was actually a gratitude note.”

Just after sharing the image, Adeniyi seems to have turned on the heat on himself.

Then, a follower wrote:

“Niyi is a fool for marrying in the same nollywood; can’t you go out there and find another woman outside nollywood? Guess you are making a big mistake..” (sic)

An angry Adeniyi clapped back,

“You are a bigger fool for writing trash without the caption… your sense like your stature..” (sic)

Posted by mediaceo
Labels: lifestyle
Email ThisBlogThis!Share to TwitterShare to Facebook
at 09:57