Menu
Home » Gossip » Thin Tall Tony Misled Me, I Would’ve Shared the N25m with Him If I Had Won – Big Brother Naija’s Bisola

Thin Tall Tony Misled Me, I Would’ve Shared the N25m with Him If I Had Won – Big Brother Naija’s Bisola 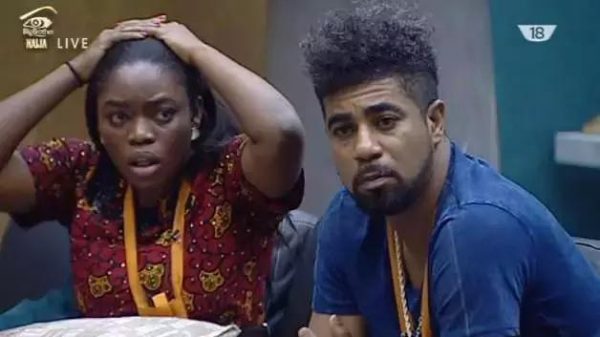 While speaking in an exclusive interview with The Sun newspaper, the 31-year-old single mother-of-one, Bisola Aiyeola, who is the first runner-up at the just concluded Big Brother Naija, opened up on her experience in the BBN House, his romance with popular housemate, and many more.
Here are excerpt from the chat;
Is this the first time you would be auditioning for Big Brother?
My Big Brother journey started nine years ago. I have been applying and going for the auditions. Whenever I watched it on TV, I would be like ‘when will it be my turn?’ And it happened this year, I thank God!
What was the relationship between you, Tony and Efe. We noticed that you guys formed a clique?
For me, it wasn’t strategy. In life, you can’t be friends with everybody; it’s a normal thing. I would never have guessed that I would be close to Marvis. People I saw as friends at the beginning were Efe and Tony. I met them and I loved them, and then, Marvis came into the picture and she was such an amazing and crazy girl. I don’t know, it was a mutual feeling. I won’t say it was one-sided.
What attracted you to Thin Tall Tony?
Tony was the oldest in the house, so I saw him as a mature person and very creative.  I learnt a lot from him. At the same time like I said, I went to the House to have fun. My daughter, my mum, my sister and everyone close to me can tell how playful I am. I love to tickle and tease. I love to jump on people, bite and all that. Back in the House, it was only Tony that welcomed that because he is energetic. I didn’t know he was married. If I had known, ha! Somebody’s husband? I beg o, me I no dey do that kind of thing o. And there were times I asked him questions like ‘hope I am not getting on your nerves?’ and he would say ‘no, no’ and it was fine for me. We were living in a house where there was no television, no Internet, no social media and your family was not there. So, you have to make people around you your entertainment. Yeah, that was it with TTT.
Do you think he likes you romantically?
No, I wouldn’t call it romantic, because I could remember he told me it was Tboss he was crushing on, and I was cool with that. But for me, I think if me and someone are friends and he told me that he likes someone else, that shouldn’t stop our friendship. You do your thing while I do mine; that shouldn’t hinder the friendship for anything. TTT is still my friend not matter what.
When he moved over to Tboss, did you retaliate with Bally?
No ooooooo! There was no retaliation with Bally. When Tony left the House, there was nobody to torment again. So, I went for Bally. I was like ‘Hello Bally!!! You are next’ (laughter). That was it for me and whenever I jumped on him, I was like, ‘you know what, you gonna suffer boy’. So, that was it for me.
Did you suspect at anytime that Tony might be married or in a relationship with kids?
Not at all! No! That’s why I said he is a good actor. He acted his script to the best of his ability, but I feel he should have told me because it is such a big deal. That was what I felt. I was misled.
Would you have done all you did to him if you knew he was married?


Hello! I no dey play with married man like that. Haha, aunty, is that how you play with married men?  Definitely no. Respect the institution of matrimony. If I was married I would respect my husband. Even though, I play too much, I wouldn’t have gone that far. But because I knew I did not have anybody I will report to, I played in the House to the fullest.
You said you could still work with Tony, could you make friends with him, his wife and kids?
Look here, there are things you should not mix up here. It is like you watch American films too much. This is Nigeria o, Africa! You have to respect that aspect, you understand? I won’t want to disrespect his wife. That would be too bad of me. Imagine someone like me being married and a lady comes to my house that she’s my husband’s friend? No, I will just say, ‘Oya, aunty ewa ma lo’ (Aunty, it’s time to go). What kind of familiarity is that? But talking about a working relationship, yes. If time permits because I have seen him work. He is a very creative and a professional person, but that friendship of being close to his wife, no!
If you were the one that won the money and you didn’t know he was married, would you have shared with him?
Definitely! I remember I had a diary session in the House, and Big Brother asked that if I won, which of the housemates would I love to share the money with? And I mentioned Tony. But if I had won and found out he was married, I would say ‘uncle, you never told me you were married o! This money is not for you, it is for my family.
Being the first runner-up of this show, do you think sharing the story ‎of you not going to the University made people vote for you?
Well, if I had wanted to play that card, I would have played it from  the outset and not at the end, but I just thought that ‘okay, let me just let the world know’. You know, before the show, when I went for interviews and people asked if I was a graduate, I kind of got a complex. But BBN made me come out and now I have learnt how to love myself and admire myself. Yes, I can compete with such people. I am not bragging. If I have the opportunity to educate myself, I will. I still want to go into movie production and I will definitely do that.
If your daughter ever watches the show now or later, how do you think she would think of you?
She is going to see her mum because that is what she’s used to. She might not understand some things but if she asks, I will tell her that na the work wey we dey do o (laughter).
What was the major lesson you learnt in the House?
I would say tolerance. I thought I used to have it but when I got into the House, I got to know it was low. But now, my tolerance is on another level.
How do you feel being an ambassador for One?
I feel good to be part of One campaign. I know what my mother went through to raise me up till secondary school level. This is a huge and great privilege, and I am looking forward to the meeting with the UN in New York by September. I am really grateful to God that they picked me.
Any regrets?


The only action I regret was judging Tboss without knowing the actual facts during the Keme and Tboss’s issue. I was feeling for Keme not knowing what exactly went down. But when I got to know, I felt very sorry for her because I tried to put myself in her shoes and I pleaded with her
Posted by mediaceo
Labels: Gossip
Email ThisBlogThis!Share to TwitterShare to Facebook
at 08:10