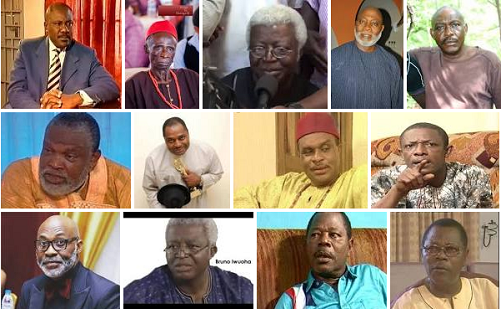 Veteran Nollywood Actor, Olumide Bakare is dead.
According to his personal assistant, who was with him when he passed away, the popular actor who has been battling with a heart/lung disease died in the early hours of Saturday Morning.
Reports gathered claims that the actor who was yet to fully recover from the sickness got worse, his condition worsened at the middle of the night and he was said to have called on his PA to take him UCH in the middle of the night but died before he could be conveyed to the hospital.

Posted by mediaceo
Labels: entertainment
Email ThisBlogThis!Share to TwitterShare to Facebook
at 06:36