A man drunk in love has done the unthinkable as he knelt down in public to beg a girl for love. The shocking incident attracted a large crowd who could not believe an able-bodied man could descend so low for a woman who had no romantic feelings for him.
The man was however given the shock of his life when the girl rebuffed his love advances to the chagrin of the crowd.
The disappointment on everyone’s face was stark and obvious. People around were left totally embarrassed by the act as the man continued to plead but the girl refused to accept his advances. People had to hold the man and restrain him before things could get out of hand. 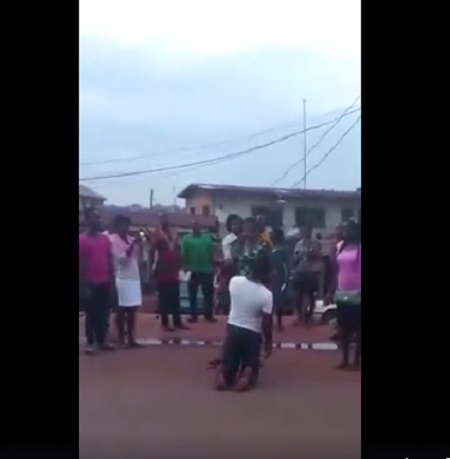 Posted by mediaceo
Email ThisBlogThis!Share to TwitterShare to Facebook
at 06:22