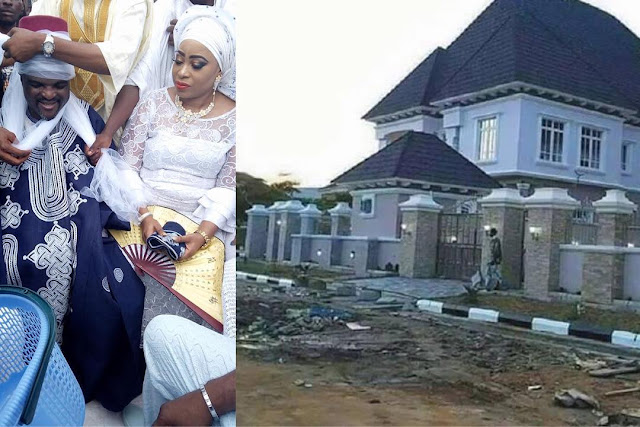 Fuji star, Alhaji Abass Akande, popularly known as Obesere, who just finished building a multimillion Naira mansion for his wife in his home town, Ibadan, Oyo State, has opened up on why he did so.

In a chat with Encomium, Obesere, revealed he was able to do so with God's help, 10 years after he made the promise.

“It’s true but the house doesn’t belong to me, that’s for my wife.

I am not the type that should be making noise about such things. But I thank God for everything. I told God since more than 10 years I had built a house for my mother that I will do something similar for my wife as well because she really deserves it.

Now, God has answered my prayer. She’s a wife that stands by me at all time. So, if I have done more than that, she deserves it. And in few months, it will be opened officially.”

Posted by mediaceo
Labels: Gossip
Email ThisBlogThis!Share to TwitterShare to Facebook
at 09:59