Menu
Home » »Unlabelled » See What Hungry Delta Youths Did to a Long Python, You Will Be Amazed (Photos)

See What Hungry Delta Youths Did to a Long Python, You Will Be Amazed (Photos)

There is a popular street saying that exalts Warri people which is, “Warri nor dey carry last”.
Well, the fate of this unlucky python snake that ‘crossed’ its boundary especially during a period of ecoomic recession must have confirmed the insinuation.
A social media user based in Okumagba, Warri area of Delta State has reported how a long python snake was killed and immediately prepared publicly for consumption by hungry youths in the South-south part of Nigeria
According to the news poster, the wild animal was killed in Okumagba, opposite Caroline street where he lives.
See photos on how it was neatly prepared for eating with yam: 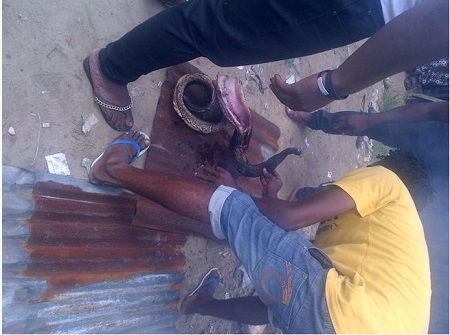 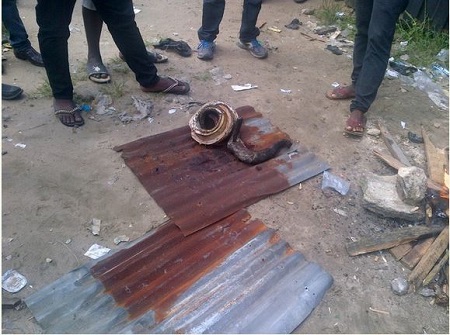 Posted by mediaceo
Email ThisBlogThis!Share to TwitterShare to Facebook
at 01:37