Actress Funke Akindele Blasts Air France for Doing This To Her 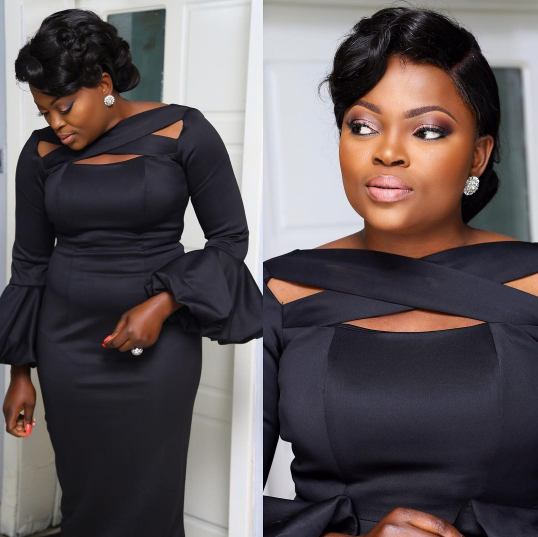 Popular Nollywood actress, Funke Akindele has taken to her social media page to call out Air France over a dissatisfaction service rendered.

The actress who noted that she has been in London since May 24th claimed she is yet to receive her luggage even after the airline promised it’ll only take 24hours to deliver.

The actress further in her tweets noted that she has had to buy new clothes as her luggage has failed to arrive despite having complained several times to the appropriate quarters.

Below is what she wrote; 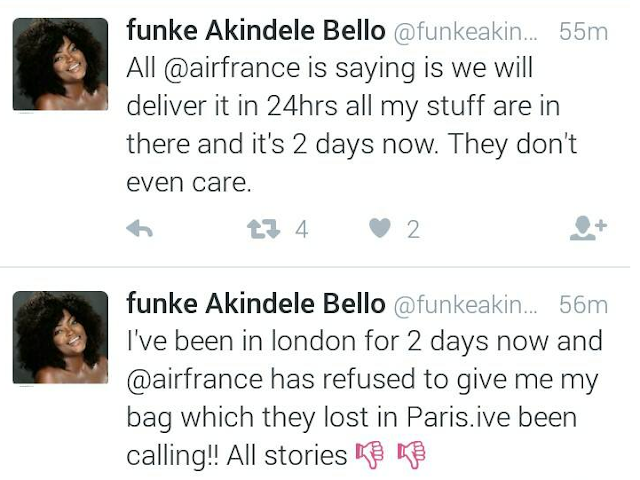 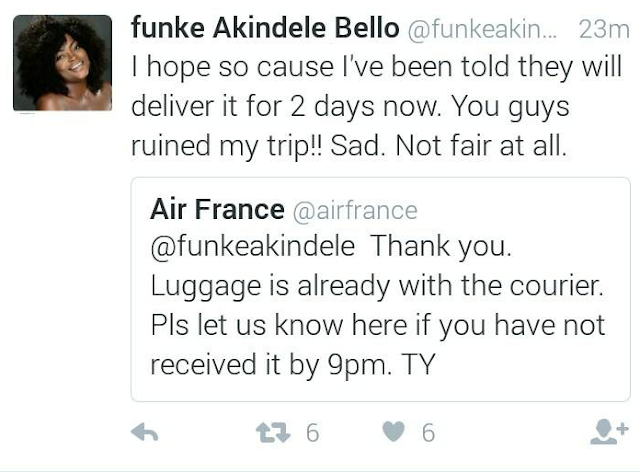 Posted by mediaceo
Email ThisBlogThis!Share to TwitterShare to Facebook
at 02:58