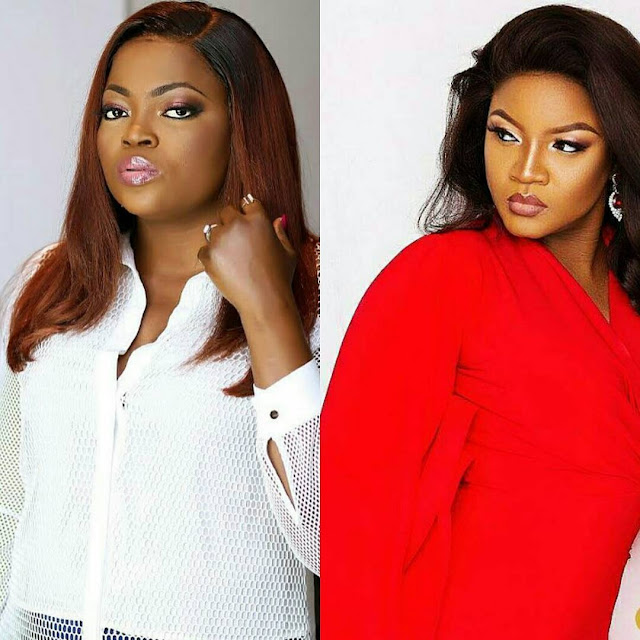 Omotola Jalade who distinguished herself as the Queen of Nollywood engaged Genevieve Nnaji in a rivalry war about 5 years ago, the fight was later settled by concerned colleagues last year.
The ongoing rivalry war between Omotola Jalade and Funke Akindele has been exposed.
Omotola took to the social media on Thursday to apologise to Rukky Sanda because she missed her birthday. The actress however snubbed Funke Akindele who clocked 40 around the same time.

As at the time of filing this report, Omotola is yet to openly apologise to Funke for missing her birthday.
When NG put a call through to a source close to both parties on Friday, the source said Omotola has dissociated herself from colleagues for a long time as she believes she is no longer on the same level with many of them.
The source added that most female entertainers in Nollywood are not in good terms with the actress who many accused of being too full of herself (arrogant).
On what caused Omosexy and Jenifa’s beef, the source said it is likely that Omotola feels threatened by Funke’s achievement and the recent acquisition of her multi million naira mansion in Lekki.

Posted by mediaceo
Labels: Gossip
Email ThisBlogThis!Share to TwitterShare to Facebook
at 05:09