Menu
Home » Gossip » VIDEO: I Cannot Cook For a Man if I Am The Breadwinner Of The Home – Actress Ronke Oshodi Oke

VIDEO: I Cannot Cook For a Man if I Am The Breadwinner Of The Home – Actress Ronke Oshodi Oke 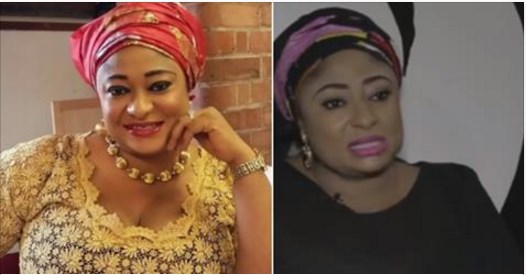 Popular Actress, Ronke Oshodi has set the records straight on roles when it comes to being the breadwinner of the family.
Oshodi said you can’t expect her to stay submissive, take care of the family bills, keep a career and still cook if she is the breadwinner of the family.
The actress made this comments in new interview with Broadway TV, where she talked about the family setting, her children and career.
She argued that a marriage where the woman is the one paying the utility bills, providing the school fees of the children, food and other important things cannot work.


“That is what is trending now and do you know why it is like that? It is because we are exposed. Everyone wants to work. Everyone wants to earn money. Thirty or forty years ago, it was our fathers that were earning money. Ladies don’t really use to go to universities. They were like if I go to a university, no one would marry me again.
My father used to say that he can never marry a graduate. He used to tell me he cannot marry a nurse. But now, I would bring 50, the man would bring 50 or I would bring 70 the man would bring 30 or he would bring 70, I would bring 30 because we have to work hand in hand. So how do you think we can sustain the marriage. It is not going to work. It is not because we don’t want to really be in our husband’s house or that we are not submissive enough, it is not just going to work.

I Can't Cook For My Husband If I'm The Breadwinner. And I Can't Be Submissive If I Contribute - Actres Ronke Oshodi Oke
A post shared by Instablog9ja (@instablog9ja) on Aug 3, 2017 at 1:19am PDT

Posted by mediaceo
Labels: Gossip
Email ThisBlogThis!Share to TwitterShare to Facebook
at 06:01