Wizzy Don Blow: Nicki Minaj Celebrates Wizkid After His Massive Show In The US 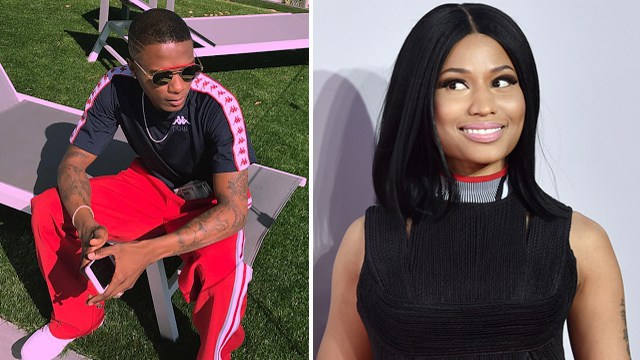 Rap Queen, Nicki Minaj, yesterday confirmed her friendship with Nigerian superstar, Wizkid, as she celebrated him again on Instagram following his sold out concert..


On Sunday, the ‘Wadup’ singer performed at his sold-out concert in Washington, D.C., which saw thousands of his fans filling out the venue, all of them chanting his songs with him. 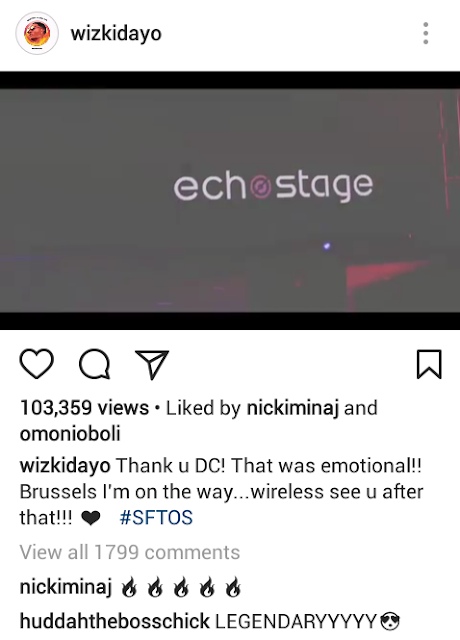 “Thank u DC! That was emotional!! Brussels I’m on the way…wireless see u after that,”


One of the fans who liked and commented on the post was legendary female rapper, Nicki , as she dropped three fire emoji.