"I Want A Girl" - Wizkid Laments, Cries Out After Fathering Three (3) Cute Boys 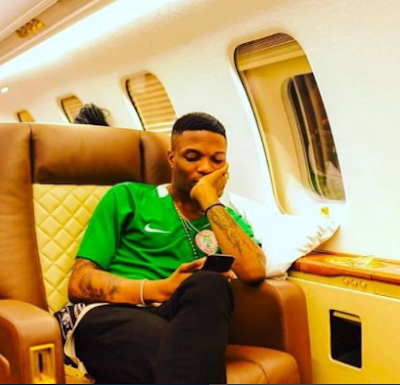 Popular popstar, Ayo Balogun better known as Wizkid has revealed his greatest desire when it comes to fatherhood.

The father of three boys from three women recently revealed on a talk show that as much as he loves and adores his boys, he now craves to have a girl to pamper.
According to Wizkid, he really did not choose or design his life but things have happened. He also made it known that his parents found out about his last son, on the social media.

Posted by mediaceo
Labels: Gossip
Email ThisBlogThis!Share to TwitterShare to Facebook
at 06:27