"You're An Asshole, You Never Saw My Vag*ina, Ogun Will Visit You" - Evicted BBN Housemate, Ifu Ennada Slams CDQ 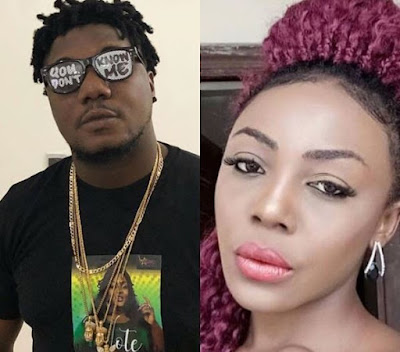 Evicted BBN Housemate, Ifu Ennada has finally responded to rapper, CDQ’s claims of calling her a one night stand.
According to Ifu, she was really close friends with CDQ and felt that she was supporting him by giving him money and free tickets.
Her words below:
"But at the point when I got into school - that was like my year one - we were actually close and it wasn't really a relationship, but he was my friend and I felt like I was supporting him with the VIP tickets that I would win sometimes from Cool FM and give to him.
Sometimes he would call me that he had a show to attend and he didn't have money. And I remember actually borrowing money from one of my course-mates just to help him out.
So it wasn't from a malicious place. It's really sad that he went out there to say I'm a one night stand. He never saw my virgina, Ogun go visit you"

Posted by mediaceo
Labels: Gossip
Email ThisBlogThis!Share to TwitterShare to Facebook
at 10:55