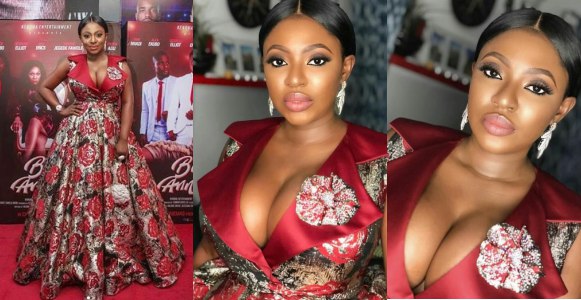 Nollywood actress, and mother of one, Yvonne Jegede, is presently facing a backlash from her fans over the outfit she wore to a Red Carpet event, which took place at Imax Cinemas, Lekki Phase One, Lagos.
The mother of one rocked a glittering dress which exposed her massive cleavage to the red carpet. However, her fans on Instagram are not comfortable with the outfit. 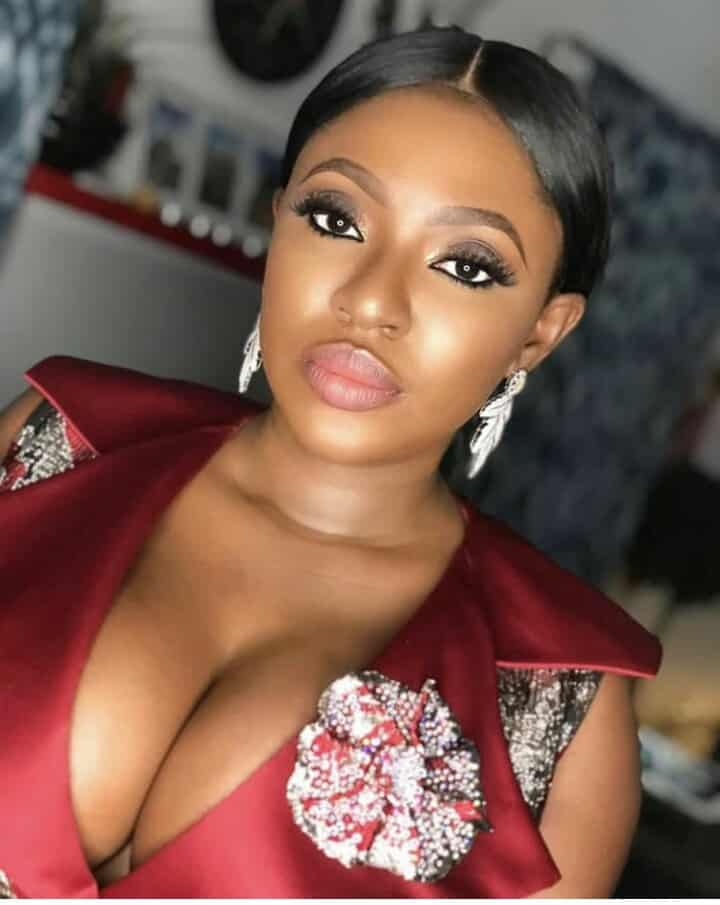 One of her fans, claimed she would end up in hell, if she continues flaunting her boobs on social media.
While others believed that as a responsible woman, and African, Yvonne Jegede shouldn’t be caught exposing her vital parts for public consumption.
See screenshot of some of her fans reactions below; 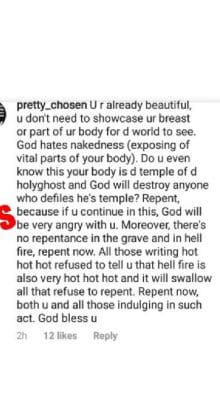 Posted by mediaceo
Labels: Gossip
Email ThisBlogThis!Share to TwitterShare to Facebook
at 08:10